You have completed Ruby, selenium, cucumber installation steps described at the beginning of the tutorial. You have also downloaded the template project, imported in RubyMine.

1. Open the template project in RubyMine 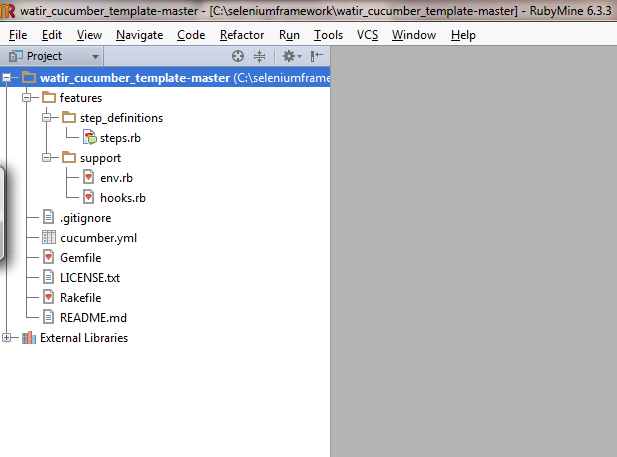 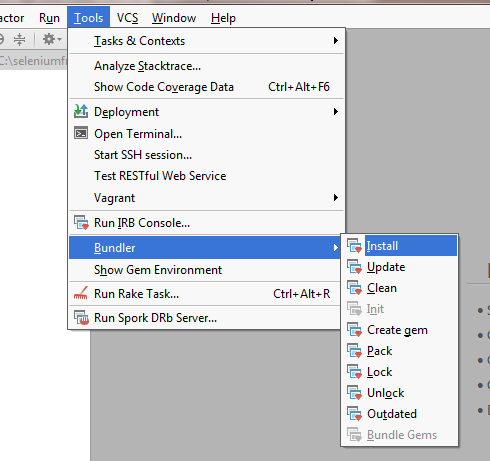 4. bundler install should pass as below and Gemfile.lock is created 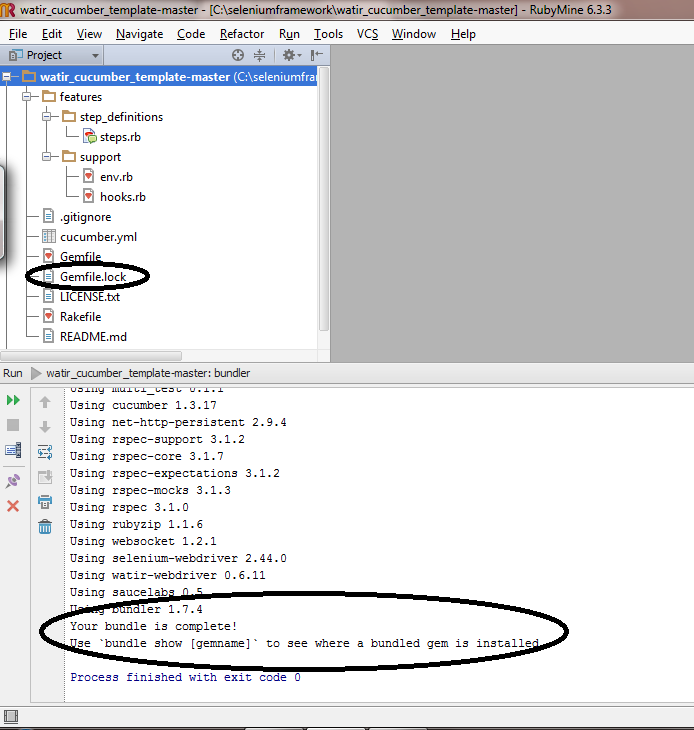 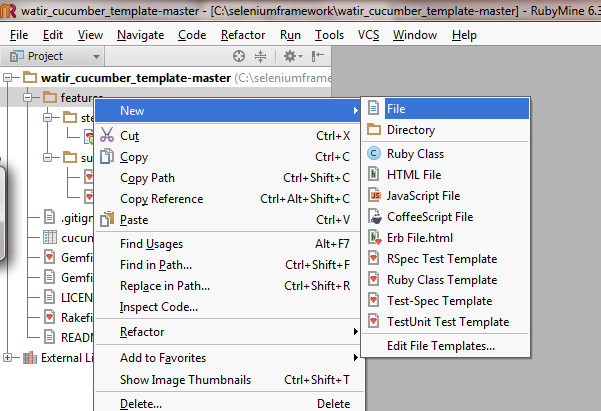 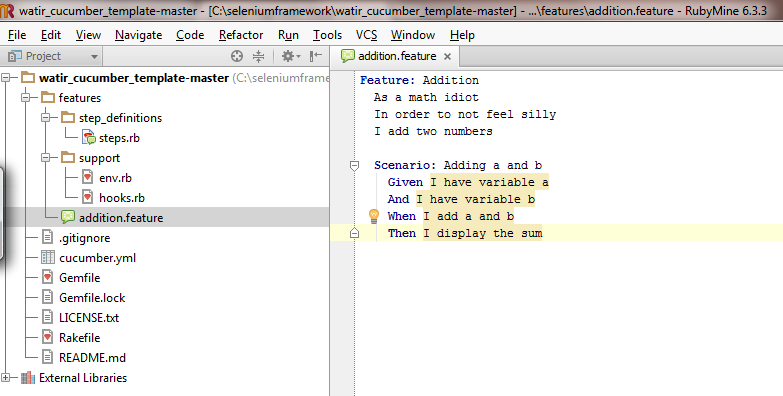 8. Just run the scenario as is 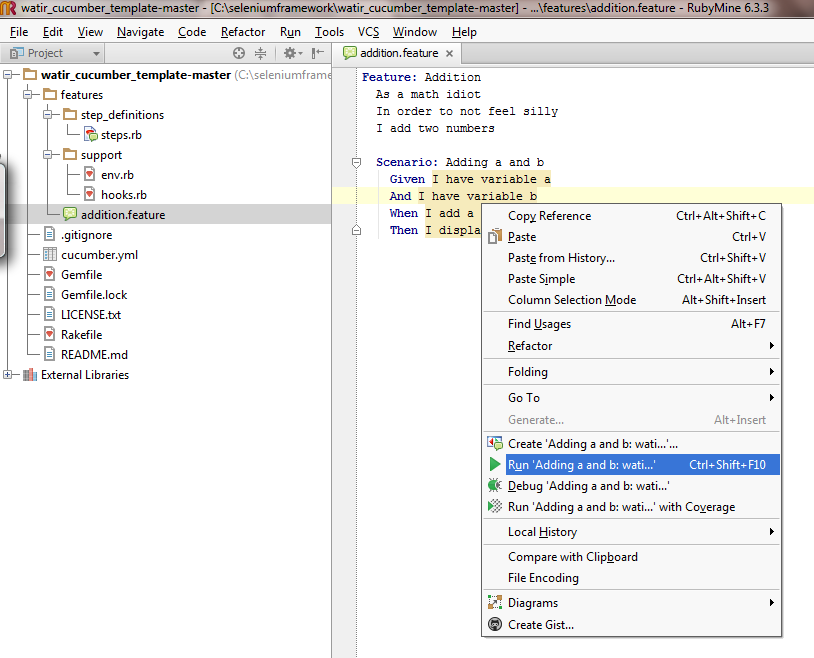 9. You will notice the error as below (unimplemented step definitions). This is perfectly alright, since we have not written the automation code yet 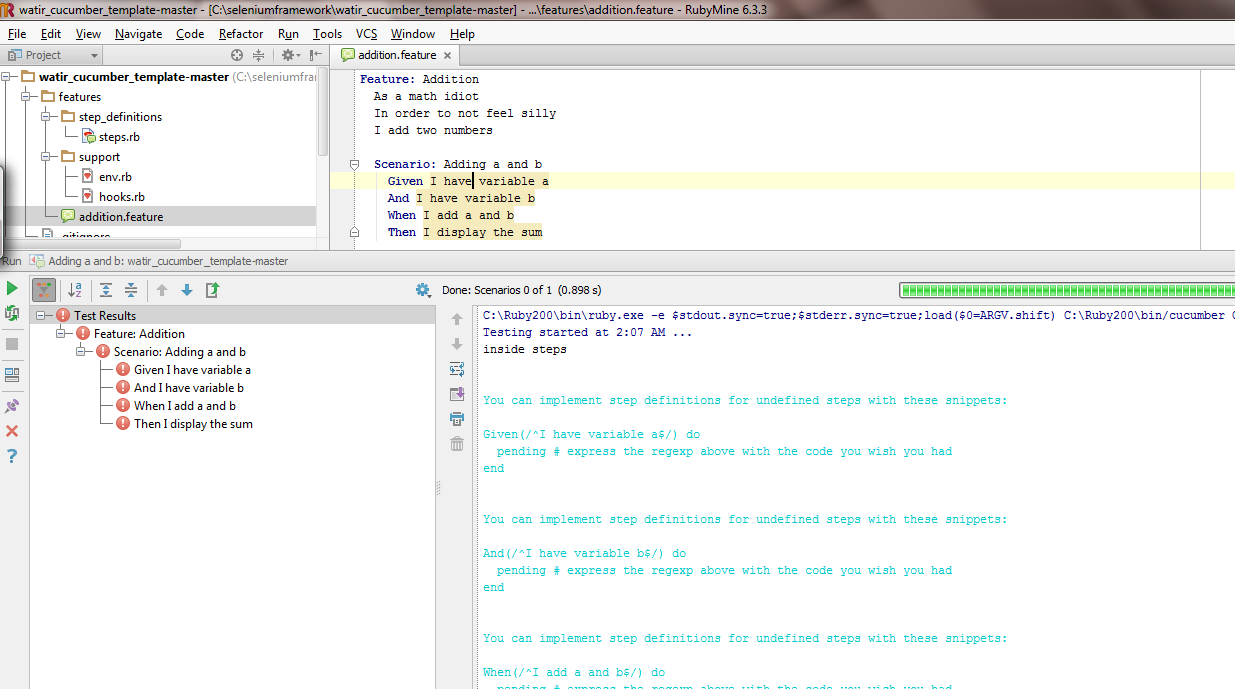 At this point, we will start writing the automation scripts. Continue……